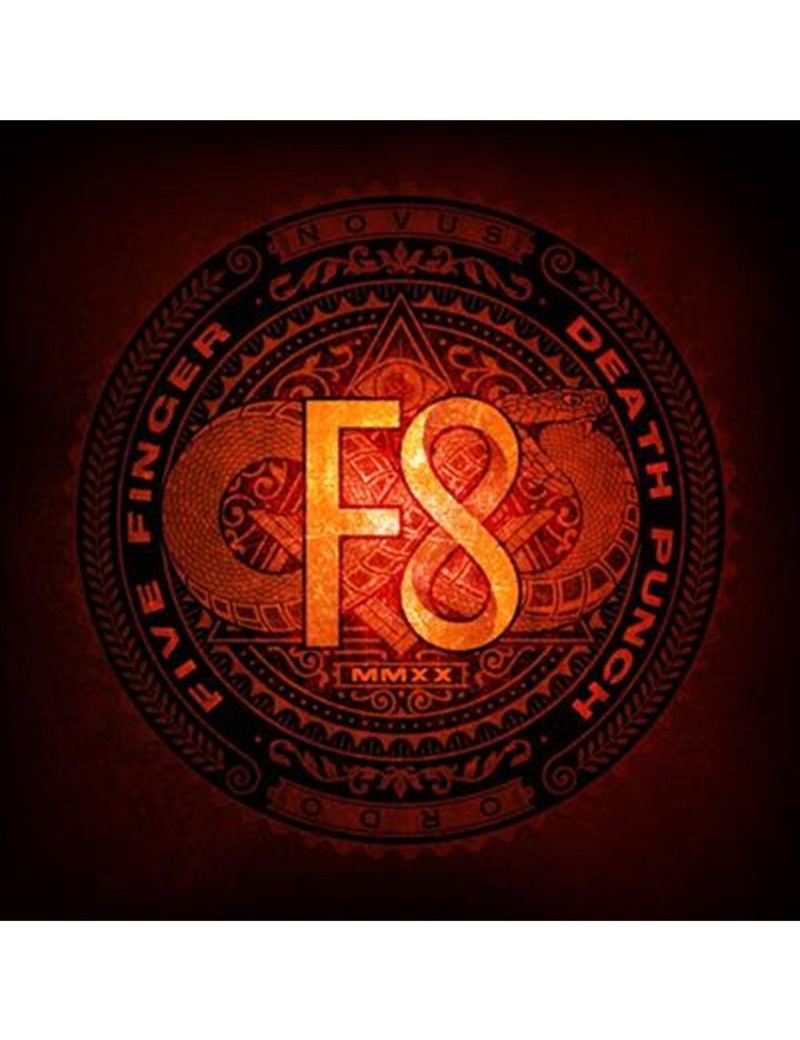 FIVE FINGER DEATH PUNCH have sold 4xPlatinum, 6xGold records and are the Juggernaut of the modern rock and metal worlds and continue to shatter records across the board.

The band has had 24 top10 hit singles in the last few years, 2018 was yet another massive year for FIVE FINGER DEATH PUNCH who became the #1 most-played artist on U.S. Rock Radio in year-end radio reports. The group released their seventh studio album, AND JUSTICE FOR NONE which debuted at#4 overall on the Top 200 Chart and #4 on AUSTRALIAN ARIA Chart.

F8 is the 8th studio album from Five Finger Death Punch. The album as 16 tracks, produced by Kevin Churko. 5FDP is one of the largest rock acts globally.