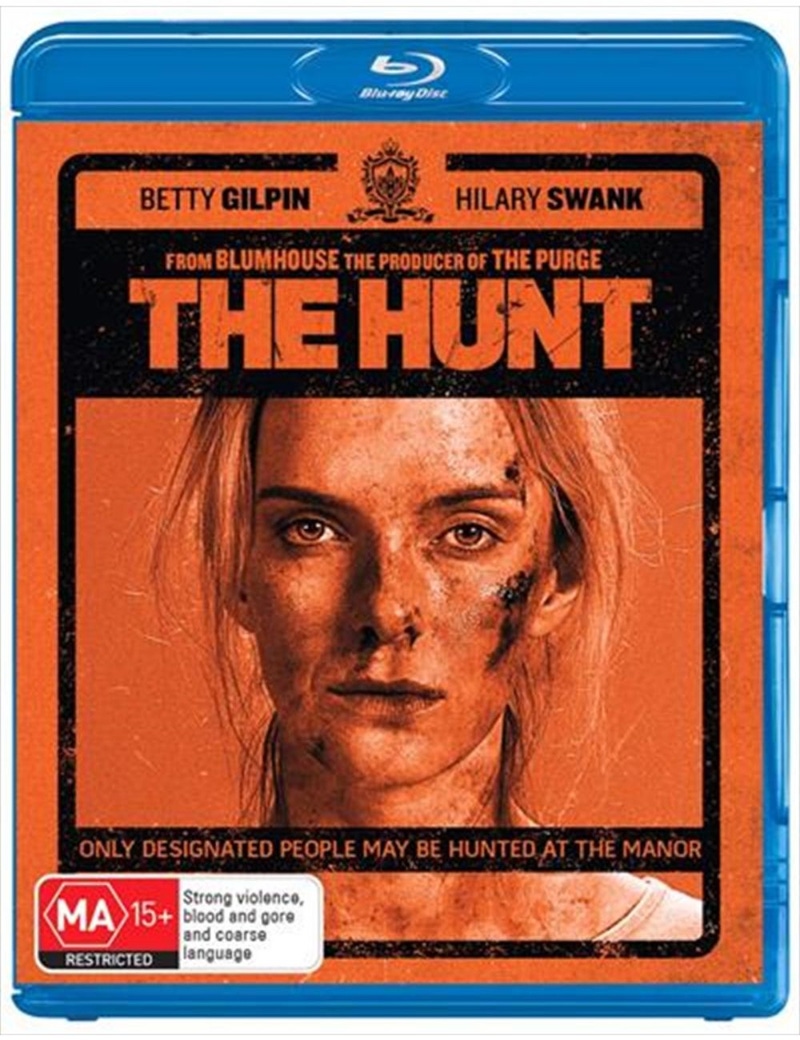 4 interest free payments of $8.50
No refunds for Change of Mind for this item provided by third-party sellers

Review of The Hunt by Christopher Pattison

I have said it before and I will say it again, Blumhouse has a great formula for creating memorable and thrilling horror films. Their unique blend of creativity, tension, atmosphere and horror is unlike any other studio working in horror today. ‘The Hunt’ takes a different approach to most other Blumhouse films. The film has more of an action approach to the film blending satire, action and horror all into one. ‘The Hunt’ also became one of the most talked about films of 2019 for all the wrong reasons. The film was slated to release after a shooting in America and the studio did not want their film associated with 'real-life violence'. The film hit cinemas in America amidst the COVID-19 pandemic but here in Australia, it skipped a cinematic release all together. Now here we are in July 2020, nearly twelve months since the film was slated to release in cinemas initially, it has finally released here in Australia in physical formats on Blu-Ray and DVD. Was it worth the controversy? How was ‘The Hunt’?
‘The Hunt’, was a lot of fun. The film blends horror and satire very well, with thought-provoking social and political commentary blended with over-the-top action and satirical comedy, allowing the film to stand out among many other films in the horror/comedy genre. The film also subverts many expectations, we are introduced to many characters at the beginning of the film that we think are going to take up the mantle of our hero, but our expectations are repeatedly subverted as we do not meet our protagonist ‘crystal’ until twenty minutes into the film. Played superbly by Betty Gilpin as well. This is a real star-making performance for Betty Gilpin as she is perfectly over-the-top as well as selling the action as well sequences to, doing a lot of her own stunts. Hilary Swank is also in the film (I don’t want to say exactly what character she plays) but I also thought she was very good in the film doing a lot of her own stunt work as well.
The film has a great balance between the horror, action and comedy, really selling each aspect of the film. The film never feels bogged down in its political and social messages, using these elements to elevate the material rather than over-explain the message it is trying to get across . ‘The Hunt’ is fun, well-rounded and filled with inventive and unique sequences of thrills, comedy and action. I had a great time with ‘The Hunt’ and would recommend it to genre fans and moviegoers who want something a little different.Pick this one up on Blu-Ray and DVD today!

Chris has written this movie review for Sanity. See more from Chris here


Review of The Hunt by Peter Walkden

A group of strangers wake up alone in the woods with gags over their mouths. Soon they all manage to find each other, along with a large wooden box in the centre of an open grass field. Inside the crate are knives, blades, and guns- lots of guns. The group are now being brutally hunted down like animals. Why this is happening and who is behind this devilish act is all unknown to start with. The characters trying to survive this hunt are also given little to no back story at the start of the film.
The opening to this film is fun and extremely crazy. As the group wake up to discover the situation, the general setup is enjoyable. I was curious to see more and understand what was going on. But what is even more fun is how this film decides to play with the audience, particularly when you are trying to work out which character is leading the film. The surprises are different to anything I have seen in cinema before, and the change was rather welcomed.
But most characters (possibly all!) give an over the top performance, talk way too much and are incredibly cheesy. This film is aiming to bring in laughs as well as crazy violence. The violence is also over the top, bloody and at times used for comedic purposes.
The lead performance of this film was excellent, and I am surprised as to how many times I found myself having a good chuckle due to their delivery of dialogue. This actor and the 1st act itself are easily some of the best elements in the film.
Overall, I feel “The Hunt” will leave many audiences divided given the level of violence and social themes. I found enjoyment in this film. With a solid performance from the leading character and a somewhat surprising 1st act, The Hunt is simply a brainless, entertaining movie with twists and turns.
Peter has written this movie review for Sanity. See more from Peter here