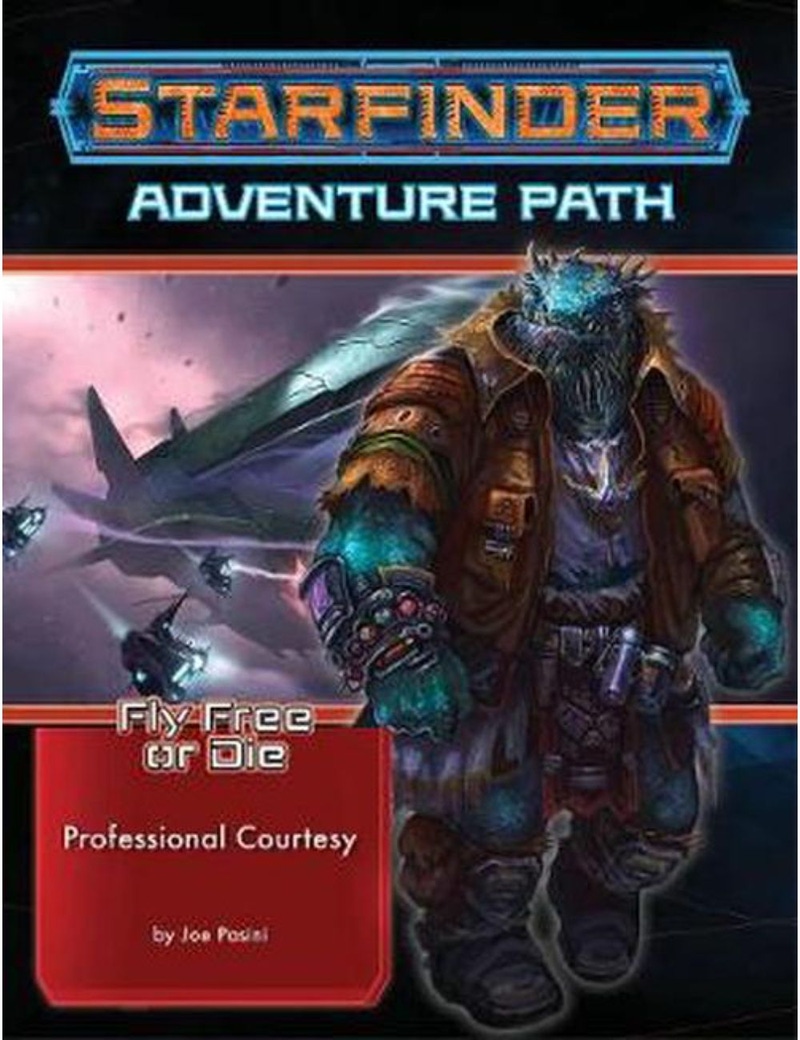 4 interest free payments of $16.14
No refunds for Change of Mind for this item provided by third-party sellers

A favor for their best friend and ally brings the player characters to the ocean planet of Entha, which the Company is terraforming into a paradise for rich dilettantes. The churning water world is home to many mysteries, including a fantastic underwater realm of powerful magic. Now the crew must save an underwater rig from destruction, rescue the workers there, and somehow win the friendship of a strange alien species. But the Company manager on Entha is a dragon, she's got a team of aquatic alien troubleshooters, and the PCs are the trouble that needs to be shot.

Professional Courtesy is a Starfinder adventure for four 5th-level characters. This adventure continues the Fly Free or Die Adventure Path, a six-part monthly campaign in which players take on the role of a merchant crew with an experimental starship, trying to get rich, escape interplanetary assassins, and outwit their rivals. This volume also details the aquatic world of Entha and its many dangerous and intellig