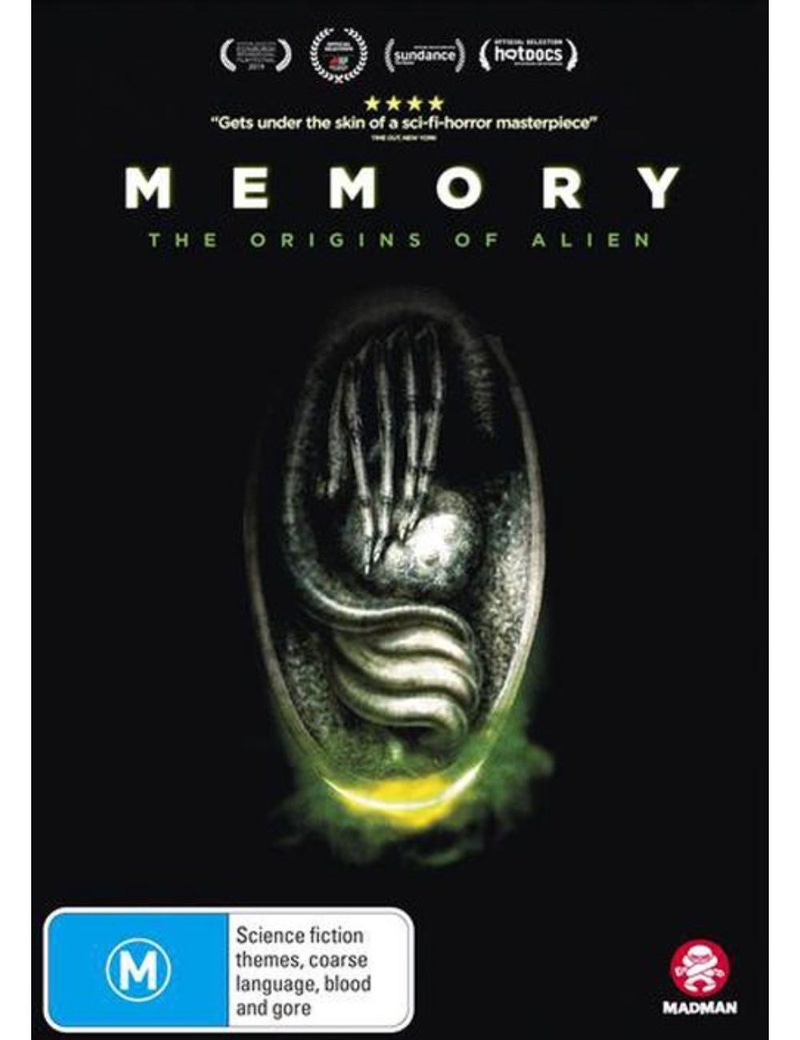 Memory - The Origins Of Alien DVD

4 interest free payments of $4.75
No refunds for Change of Mind for this item provided by third-party sellers

Before Alien, there was Starbeast. Before Starbeast, there was... Memory.

In 2019, Ridley Scotts Alien celebrates the 40th Anniversary of its theatrical release. Memory reveals the chilling, untold origins of Ridley Scotts cinematic masterpiece Alien, rooted in Greek and Egyptian mythology, underground comics, parasitology, H.P. Lovecrafts weird fiction, the art of Francis Bacon, and the symbiotic genius of Dan OBannon (writer), H.R. Giger (designer), and, of course, Ridley Scott. Uncovering a treasure trove of unreleased materials from the OBannon and Giger estates, MEMORY boldly goes where no film essay has gone before, to deliver an entrancingly cinematic and wholly original take on one of Hollywoods most beloved and iconic shockers.