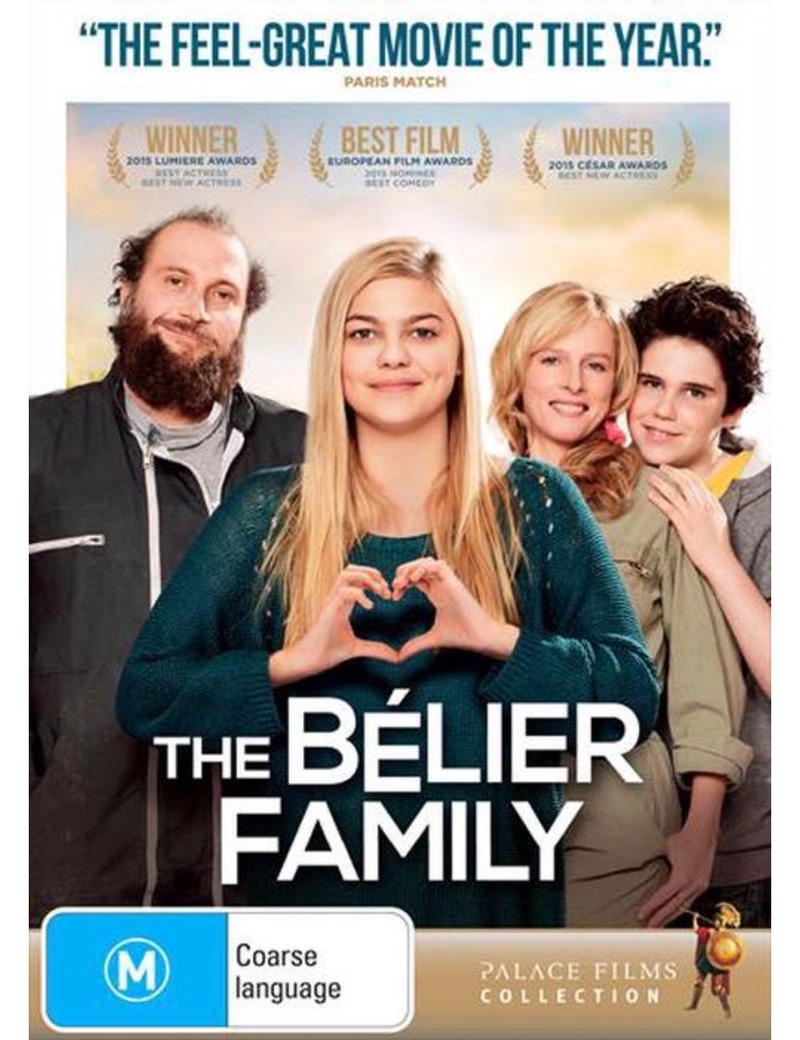 4 interest free payments of $7.81
No refunds for Change of Mind for this item provided by third-party sellers

The feel-great film of the year!

A captivating new star is born in THE BLIER FAMILY, Eric Lartigaus fabulous, heart-felt comedy hit about a young girl whose close bond to her hearing-impaired family is challenged by the discovery of an extraordinary talent for music. In the Blier family, everyone is deaf, except dutiful sixteen-year-old Paula (beautiful newcomer Louane Emera). She acts as an indispensible interpreter for her parents and younger brother, especially in the running of the family dairy farm. Though her salt-of-the-earth father (Franois Damiens) has decided to run for mayor spurred on by her vivacious but over-involved mother (indelibly portrayed by Karin Viard) Paulas attentions are very much elsewhere. Shes witnessed the handsome new boy at school sign up for the choir, and impulsively joined too. Its not long before her music teacher (ric Elmosnino) discovers her considerable talent, however his encouragement only exacerbates the matter of Paulas independence. Building to a heart-soaring and emotional finale, THE BLIER FAMILY is a feel-great triumph. Emera, making her screen debut after being discovered on the French edition of The Voice, is a genuine revelation she lends both sincerity and joy to this deeply moving film that has been a word-of-mouth phenomenon across Europe and Frances most popular film of 2015.

This item ships from our sister brand Sanity 's warehouse and may arrive in a separate parcel.
Sizing can be different to our normal styles depending on the style of garment and preferred fit ie loose or tighter fitting. Refer to the size guide above for your ideal fit.
Sister brand products cannot be returned to stand alone stores. Remember we offer free returns within Australia. See our Returns Policy for full details.