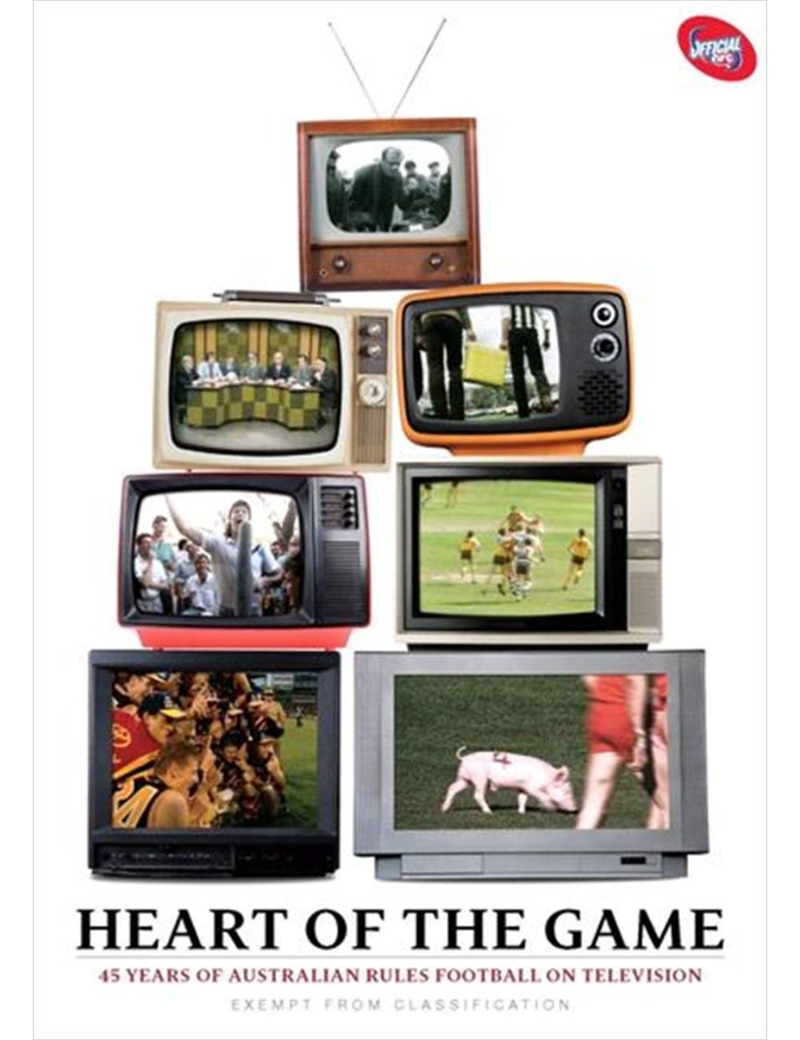 AFL - Heart Of The Game DVD

4 interest free payments of $4.14
No refunds for Change of Mind for this item provided by third-party sellers

When Channel Seven broadcast the last quarter of an Essendon versus Collingwood game on Easter Sunday in 1957, a new era in television and sport was born. A ride which for 45 years has seen magical moments, controversies, heroes and characters all pass by on our TV screens, and Seven was there for every one of them. Narrated by Kevin Harrington Heart Of The Game captures all of the shows, the commentators, and the memories which have captured our imagination throughout the decades. From 'Football Inquest' to 'World Of Sport', to the glamour and fashions at the Brownlows, those infamous Grand Final pre match entertainments, the great and not so great calls, the stuff ups and bloopers, and of course, the footy with all of its unforgettable marks, goals and inspirational highlights. Heart Of The Game is a fun and nostalgic look back at the 45 years of football shown on channel Seven, as seen through the camera lens... and from the armchair.